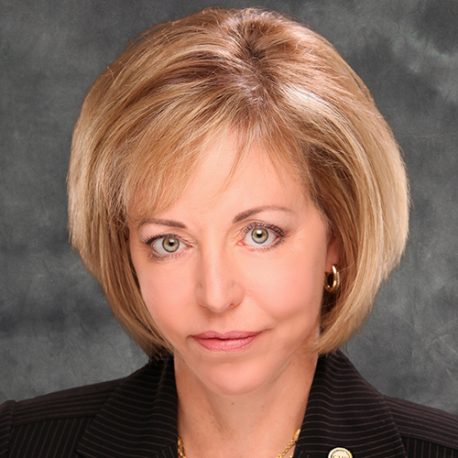 Debra W. Still, CMB, is President and Chief Executive Officer of Pulte Mortgage, a nationwide lender that is headquartered in Englewood, Colorado. The company employs 542 individuals throughout the United States and, since 1972, has helped more than 300,000 homebuyers finance their new home purchases.

Still became Vice Chairman of the Mortgage Bankers Association (MBA) in October 2010. Still recently served as Chair of MBA’s Residential Board of Governors (RESBOG) and is a member of the association’s Board of Directors. As an active MBA member for more than a decade, Still has also served on MBA’s Strategic
Planning Committee and was Chair of the MBA Forward Task Force, as well as a member of MBA’s Loan Origination Task Force, Affordable Housing Committee and the Secondary and Capital Markets Committee.

Still has more than three decades of experience in the mortgage industry. She joined Pulte Mortgage in 1983 as Vice President / Branch Manager for the Maryland Division and, subsequently, held that position with the Dallas/Ft. Worth Division. In June 1997, she was promoted to Executive Vice President, Production, and in October of that year was appointed to the Pulte Mortgage Board of
Directors and was named Corporate Secretary. In 1999, she became Chief Operating Officer and in August 2004 was appointed President and Chief Executive Officer.

Prior to joining Pulte Mortgage, Still worked in the areas of mortgage production and secondary marketing.

Still is a graduate of Ithaca College, Ithaca, N.Y., with a Bachelor of Science degree and has completed graduate work in Finance at George Washington University, Washington, D.C.