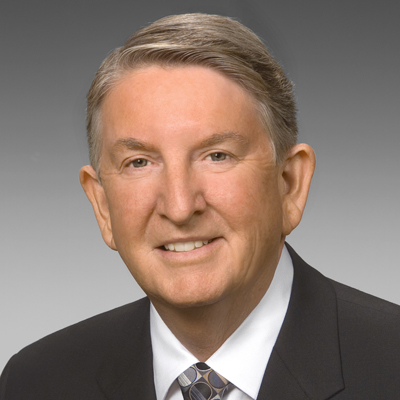 Gary Thomas, a REALTOR® in Orange County, Calif., is the 2012 President-Elect for the NATIONAL ASSOCIATION OF REALTORS®. NAR, The Voice for Real Estate®, is America’s largest trade association, representing 1.1 million REALTORS® involved in all aspects of the residential and commercial real estate industries.

A second generation real estate professional, Thomas is the Broker/Owner of Evergreen Realty in Villa Park, California. He has been in the business for more than 35 years and has served the industry in countless roles.

At the national level, Thomas served as the NAR 2011 First Vice President and the 2009 Vice President and Liaison to Government Affairs. In 2004, he served as regional vice president for Region XIII, covering California, Hawaii, and Guam. He has served on NAR’s Board of Directors since 1995. In that time, he has chaired numerous committees, including Federal Taxation, Research, Commercial Real Estate Research, the State Leadership Forum, and Business Issues. He also served on several Presidential Advisory Groups like the Real Estate Settlement Procedures Act, Housing Opportunities Advisory Board, Insurance Task Force, Smart Growth, the MLS of the Future, and Gateway.

In 2001, Thomas served as president of the California Association of REALTORS® and has sat on its Board of Directors since 1985. In 2004, he chaired CAR’s Nominating Committee as well as the Executive Committee in 2001, Regional Chairs in 2000, and Strategic Planning and Finance from 1998-1999. He has chaired several taskforces including the MLS Taskforce from 2005-2008 and the Lock Box Task Force from 2002-2003. He served as chairman of the board of Real Estate Business Services, a subsidiary of CAR from 2006-2008. His state peers named him “REALTOR® of the Year” in 2001.

Active in his community, Thomas was named the 2001 March of Dimes Hero.

He has a business management degree from Woodbury University and has been married to his wife, Frances, for 44 years. They have 5 children and 16 grandchildren.