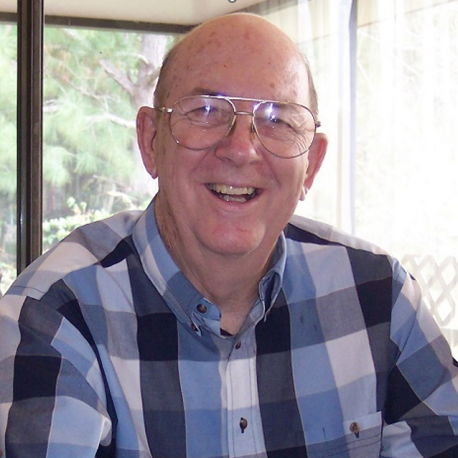 THERE’S A SECRET TO GETTING RICH…

Anyone can learn how to get rich, but there’s a catch. You have to understand MONEY–Why people spend it? When? How? Where? For What? You have to understand how a little money, plus time, can create a fortune for anyone. Test yourself. Do you know someone who isn’t particularly smart or talented or energetic who seems to have made a lot of money, or who owns a lot of property?

My name is Jack Miller. I’ve been a successful real estate investor in single family houses for 45 years. I’ve bought, sold, leased, managed, built, exchanged, financed and owned several hundred properties. Real estate is the main source of both my income and accumulated assets, thus, I can speak from years of actual experience.

Once upon a time I was 40 years old and out of work. I’d been an executive with a Fortune 500 company with specialized technical skills. Without warning, I suddenly became a casualty of a corporate downsizing. I had two teenagers at home and a mortgage. I’d placed my future into the hands of my employer and felt secure with a retirement plan which would provide enough money for a comfortable lifestyle, recreation and travel. Suddenly I was out of work.

MIDDLE-AGED, OUT OF WORK, AND BROKE

My assets consisted of experience for which there were no jobs and a real estate license I’d picked up just for fun. The only employment I could find was as a residential real estate salesman. Although I’d owned rental houses previously, I knew nothing about real estate or financing and had never earned a living as a salesman before. I had to start from scratch to learn the business.

In the real estate market that prevailed then, there were lots of buyers, but no sellers. I had to learn ways to prospect for cash sale listings because unmotivated sellers would settle for nothing less. That involved developing innovative ways to qualify buyers so they could obtain financing for their home purchases. In the process of creating down payments, I had to devise supplemental income credits, decorating and landscaping allowances. In the process I discovered ways to use virtually anything they owned in trade as down payments to reduce the amount they had to borrow, and along with it, their monthly payments.

LEARNING HOW TO BUY AND SELL HOUSES FROM SCRATCH

Suddenly, just when I was beginning to learn how to make money in a competitive selling market, the economy flip flopped. The buyers all disappeared and the phones stopped ringing. In order to earn a living, I had to come up with creative ways to locate buyers for all the properties that eager sellers wanted to list with me. Even when I found a buyer, interest rates on mortgage money was often too expensive for them to be able to afford the purchase. Necessity forced me to innovate. I learned ways to “create paper” with which to close a deal. Leases and Options became basic building blocks for making deals. So did contracts.

BREAKTHROUGH! BUYING AND SELLING FOR MYSELF!

One day it occurred to me that rather than properties per se, what I was really selling were my negotiating and deal-making skills. Instead of listing properties for sale, I began focusing my efforts on increasing my income. I started by buying Options on houses, then “flipping my Options, selling them either for cash or terms depending upon the deal. When I controlled the property, I could make more sophisticated transactions. But this required me to develop better negotiating skills and closing techniques. In the process, I had to learn the ways that taxes affected a sale from both the buyer’s and seller’s points of view.

Some of the most powerful techniques I learned were based upon tax free exchanges and gifts. These benefited both buyer and seller at the expense of the tax collector. And I found ways to structure complex transactions which solved financial and tax problems for both buyers and sellers in order to earn bigger profits; far greater than might have been made simply earning commissions or merely “flipping options”.

RETIREMENT AFTER ONLY 5 YEARS!

Finally things began to click. During one 153 week period, I closed one or more deals each week in the capacity of broker, buyer, seller, or optionee. At the age of 45, a short five years after I first started selling real estate, I was able to close my office and retire to the good life with my wife, touring the country in my motorhome and traveling in Europe and Asia. Why am I telling you all this? Because the time is as ripe as I’ve seen it in almost 20 years for you to do it too. I’ll even tell you how to do it.

You can only look at so many sunsets, catch so many fish, or play so many rounds of golf before retirement gets to be a job. As a bored retiree, I started making the rounds of community social clubs as a luncheon speaker telling others about my experiences. From this sprang the first seminar in the world oriented toward the single family house as an investment vehicle. For the person who wants to build wealth starting with little or nothing, the single family house still offers more possibilities than any other type of investment. But there’s a catch: You’ve got to have an intense desire to be rich, and be willing to work hard to learn as many real estate insiders’ fortune-building secrets as you can. I’ll share these with you.

IT’S TIME TO MAKE A DECISION FOR YOUR FINANCIAL FUTURE

If you aren’t 100% certain of your future financial security, it’s time for you to make the decision to become financially independent. This will be an easy decision! Either you’re happy with your lot in life or you’re not! Either you’ve already provided for your family’s financial security or you’re willing to bet their lifestyle on your employer or the government. It’s up to you to take action now before time passes you by.

Wouldn’t you really rather control your financial future yourself? You can, as a real estate entrepreneur. Thousands have done it before you starting with little cash or know-how. They didn’t have the advantage of being coached by someone who’s been where you are now, and gone where you want to go; someone who can make it happen a lot faster than you think possible if you take his advice. It’s your choice…

Make that first move and join our family of Real Estate Entrepreneurs at CashFlowDepot.com. See you in the winners circle!